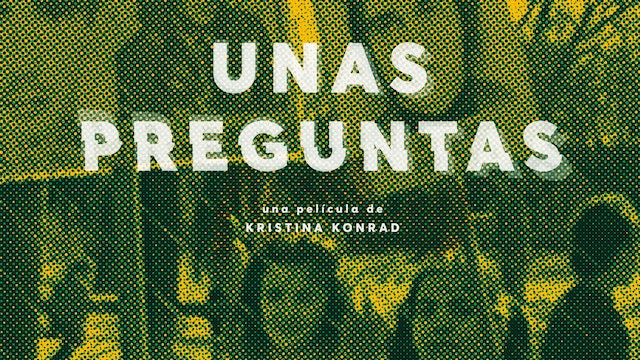 One or Two Questions

In 1986, the Uruguayan Parliament passed a law granting amnesty for all crimes and human rights violations committed by the military and police during the dictatorship (1973-85). This law of impunity prevented the clarification demanded by the relatives of those who had disappeared and been murdered by the former regime. A public initiative arose calling for a referendum in which the law be subject to the vote of the people.

One or Two Questions uses U-matic footage, mostly of interviews recorded on the streets of Uruguay between 1987 and 1989, to present a time capsule of the period. The result is a multifaceted reflection of the country and its inhabitants in which the values of democracy – such as peace, justice, and equality – are continually questioned and re-explored.

"A very fundamental decision was that there would be no additional commentary in the film. Everything had to come from the scenes themselves. And to do so, it was without fail necessary to leave the shots in their form. Had one wanted traditional editing, and put value on clean lead-ins and endings, that wouldn‘t have been possible. It‘s not primarily about highlighting the archive character of the material, it is far more a means to the end. The work behind and alongside the camera needs to be visible in order to make it work cinematically: camera and interviewer are quasi the corresponding partners of each interviewee. It‘s not just a succession of monologues. At the same time, there‘s a parallel narrative taking place that tells of the making of the film, a 'making of', a film within the film." Editor René Frölke in conversation.