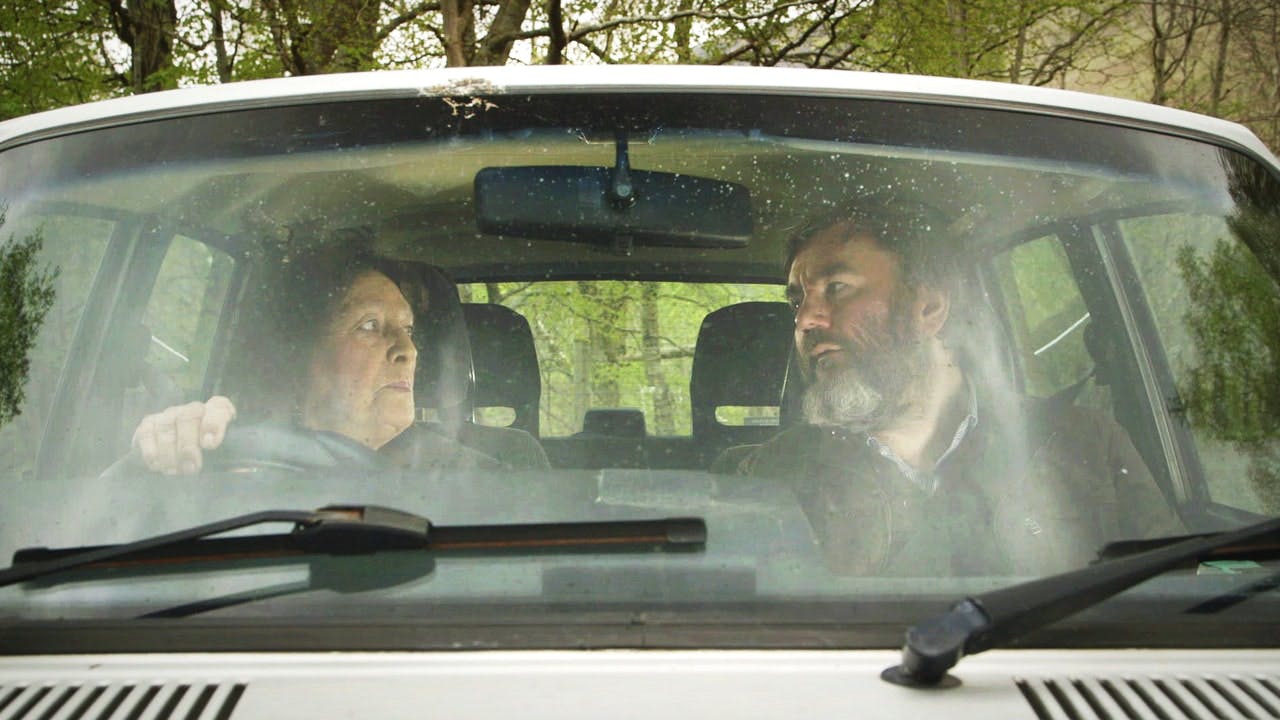 Where You're Meant To Be

Cult-pop raconteur Aidan Moffat sets out to explore Scotland’s past by rewriting and touring its oldest songs. But he doesn't count on running into 79-year-old force of nature Sheila Stewart – a travelling balladeer who upturns Moffat's folk assumptions. He believes the old songs are ripe for updating. She does not.

With Stewart's wrath ringing in his ears, Moffat embarks on a road trip that finds him dressed for battle in a Highland graveyard, caught between feuding monster-hunters at Loch Ness, and singing in a dismissive farmer's kitchen – before facing Stewart in his home-town of Glasgow for an unlikely final showdown, in this funny wee film about music and death.

"the film is affectionate, playful and irreverent in spirit. But it becomes something else altogether, something affecting and profound, when folk legend Sheila Stewart appears" The Observer http://ow.ly/WqHX50BuhmL