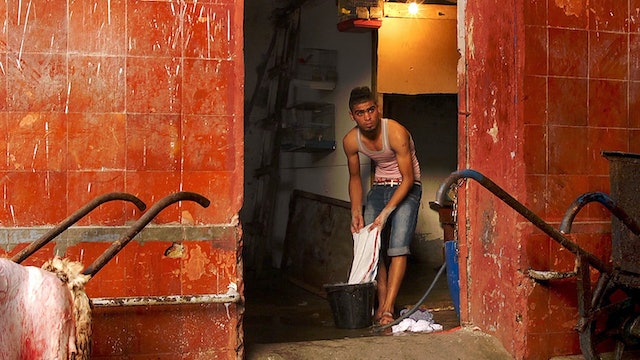 Roundabout in My Head

Roundabout in My Head looks inside the oldest slaughterhouse in Central Algiers. The backdrop of well-worn surfaces and a palette of bloody reds speaks to the building’s function, but it is the lives of the men who work here that take centre stage.

From World Cup goals to the pursuit of young love, the everyday dramas of modern-day Algeria are played out. It is charming and bewildered Yusef who lends the film its title. He laments the roundabout in his head, with its 1000 exits and options for his post-Arab Spring generation to decide their future.

"Arguably the most beautiful film ever made in a slaughterhouse" Hollywood Reporter http://ow.ly/ahVt50BCnhi 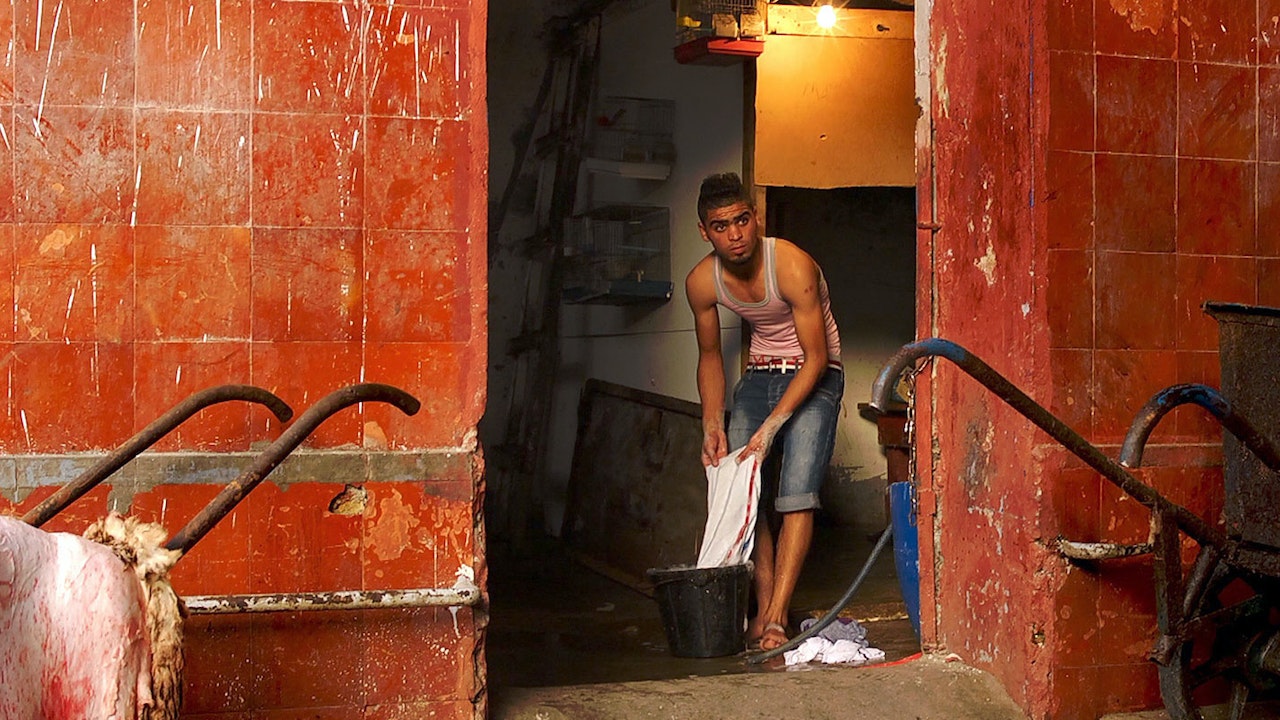