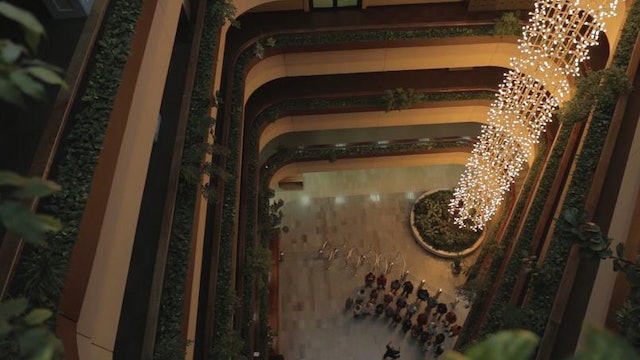 The plants are the only ones remaining in the vacant business building. In this large and once lavish space, the gardener still maintains the plants, which have become part of its architecture. She sifts through the ones in pots and prepares them for their relocation.

The plants which used to reign over this imposing interior in the eighties now construct a new temporality in this building void of people. Apart from the gardener, a single fireman watches over the empty building, doing absurd rounds, and maintaining for no one.

Plants such as Dracaena, Ficus, and Philodendron were integral parts of the socialist modernist architecture in the seventies and eighties. Today, they remain strong visual reminders of the socialist state. In Currents, the movement of plants, the only remaining residents of the building, may be read as a part of a wider context, the change of currents. 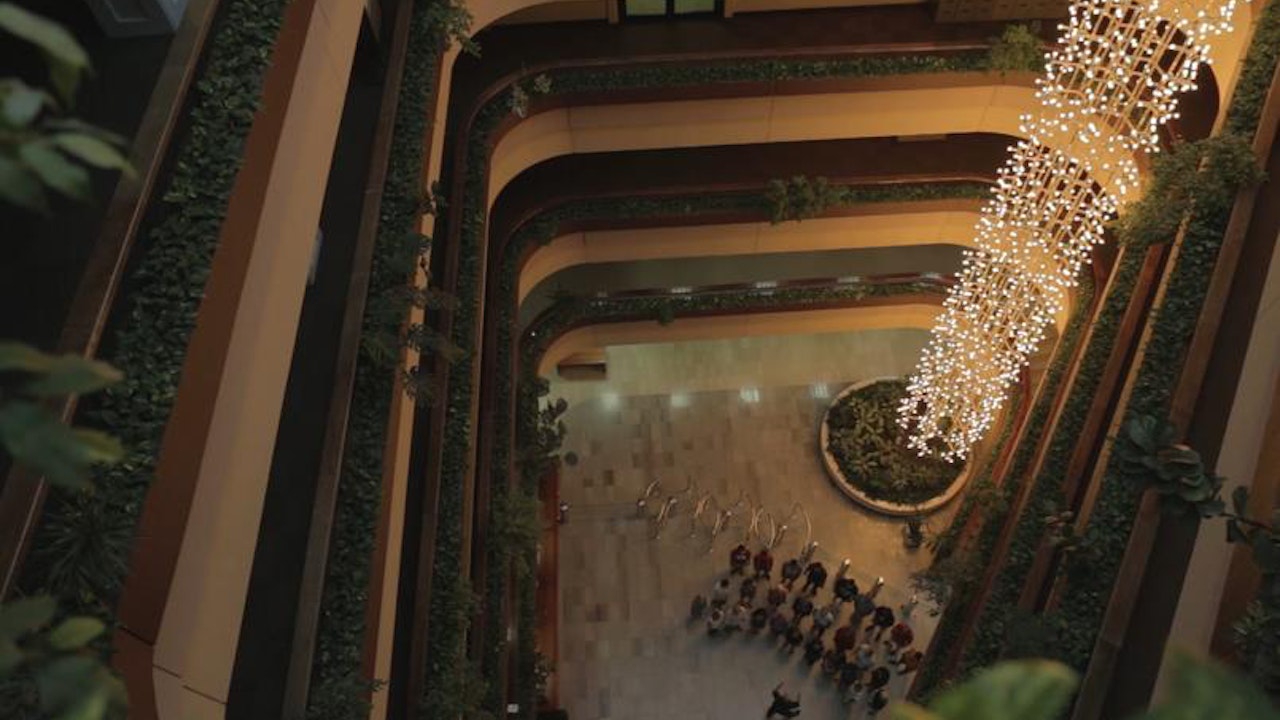