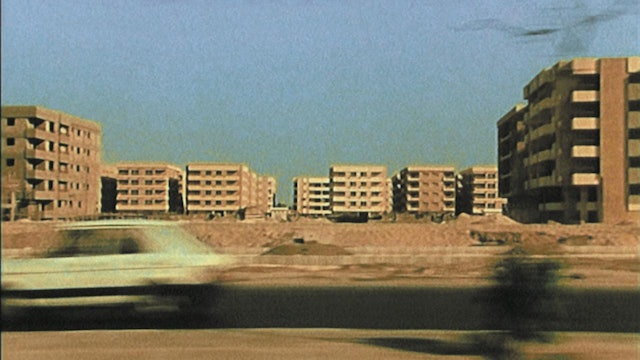 A Fleeting Passage to the Orient

An essay film about Empress Elisabeth of Austria’s attempts to vanish from the picture. A film about Orientalism and of a woman on the road. Shot in Egypt, the film features a text written by the filmmaker and music from the Kronos-Quartet. The camera slips into the role of the flaneur who, without losing sight of her destination, gives herself over to the bustle of the streets, favouring the small details of everyday life over the larger-than-life monuments.

"Thinking through forbidden, official, fake and real images, Beckermann variously questions the limits of cinematic representation, while delighting in the ornamental and the decorative" - Steffan Grissemann, 1999

"An anti-hemat film. With the dissolution of a fixed image of Elisabeth, Beckermann grasp at the chance to get closer to her subject through the places where the empress left behind traces of her own disappearance. This making-visible what has disappeared is a leitmotiv that has always threaded its way through the author's and filmmaker's work" - Horst Christoph, Profil