Flight of a Bullet

"Beata Bubenec’s single-take documentary opens on a blown-out bridge in Ukraine’s heavily contested Donbass region. A local man—taking exception to being filmed—is bundled into a car by armed forces and driven off for interrogation. But despite the intensity of the action unfolding in front of the camera, attention and scrutiny quickly turns to goings-on behind the lens as Bubanec’s allegiances (and motivations) are called into question. As the tension of the exhilarating opening scene subsides, the film shifts into a fascinating and provocative study of how the violence of conflict permeates into the mundanity of the everyday." Open City Documentary Festival.

"The whole scenario—which could be plucked wholesale for a fictional thriller—neatly captures the frontier justice at work, but it’s also an instant window into how the bloodshed of war pervades life and aggravates and enables male aggression." Film at Lincoln Centre http://ow.ly/np3A50CoPiO 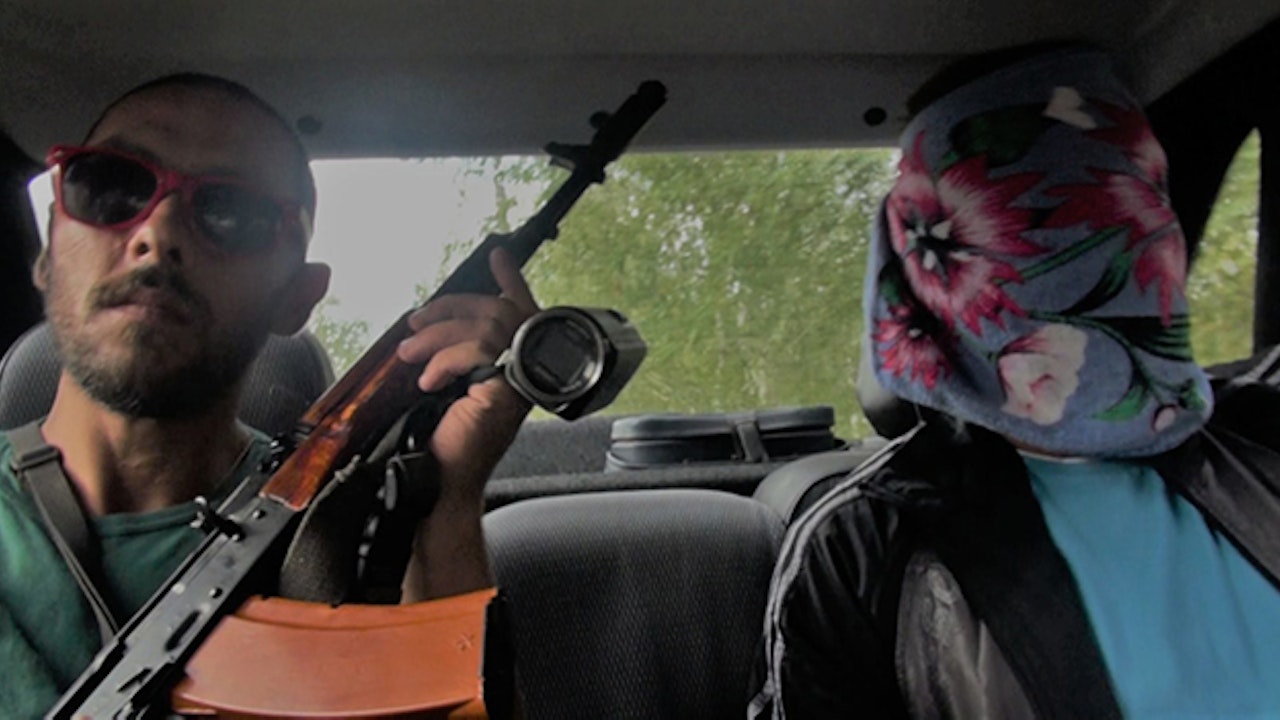