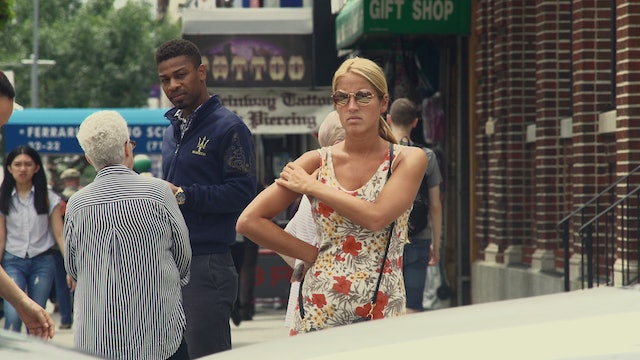 On a street corner in Queens, New York, an elderly, white-haired woman hovers, apparently waiting or looking for something – then starts approaching passers by. Miked up close, but viewed from distant rooftops, she asks them philosophical questions about turning points in their lives, sometimes eliciting candidly revealing answers from people who seemingly need to talk. She’s also seen up close at street level, viewed by a shaky nearby camera. And intermittently we hear the affectless voiceover of an English male reading an account of a prison spell. What exactly are we seeing? A documentary of sorts? A fiction stripped of its expected signposts?

The woman is real-life casting director Martha Wollner, but the film never makes it clear what her mission is, what she hopes to learn, and what her relation is to the distant speaker (who may also be the distant observer). Echoing Coppola’s The Conversation, as well as works by Phillip Warnell’s fellow British experimental directors John Smith and Chris Petit, this is an enigmatic, elusive piece. Yet, as the title suggests, those moments when Wollner connects with the interiority of perfect strangers makes this an alluringly, unexpectedly compassionate guerrilla foray into urban experience. (Jonathan Romney, Viennale)

"Intimate Distances is uncannily prescient in its close attention to the social organisation of urban space, and also acutely attuned to the privileges of class and colour that tend to govern interactions between strangers in such spaces" - Open City Documentary Festival

"Without the knowledge of the fact that the woman is the well-regarded casting director Martha Wollner, who’s worked with documentary filmmakers for decades (most notably for the Maysles brothers), we may wonder what she’s after. Wollner being a small, white, gray-haired woman with a Southern set of manners (at one point she mentions she was born in Tennessee), she’s easily able to approach her subjects, exclusively adult men over six feet, without them questioning her motives or recoiling from her gaze. Meanwhile, an anonymous narrator gives an overview of his time spent in prison, adding a sense of menace to the otherwise neighborly experience." - Reverse Shot

"The primary pleasures are both in the unexpectedness of the responses (people are interesting!) and the street scene bustle captured in flattened zoom lens perspective, whose connotations (the telephoto-compressed bustling street-level midtown crowds of Tootsie, the multi-block compressed panoramas of Dirty Harry) are a sweet spot for me." - Filmmaker Magazine 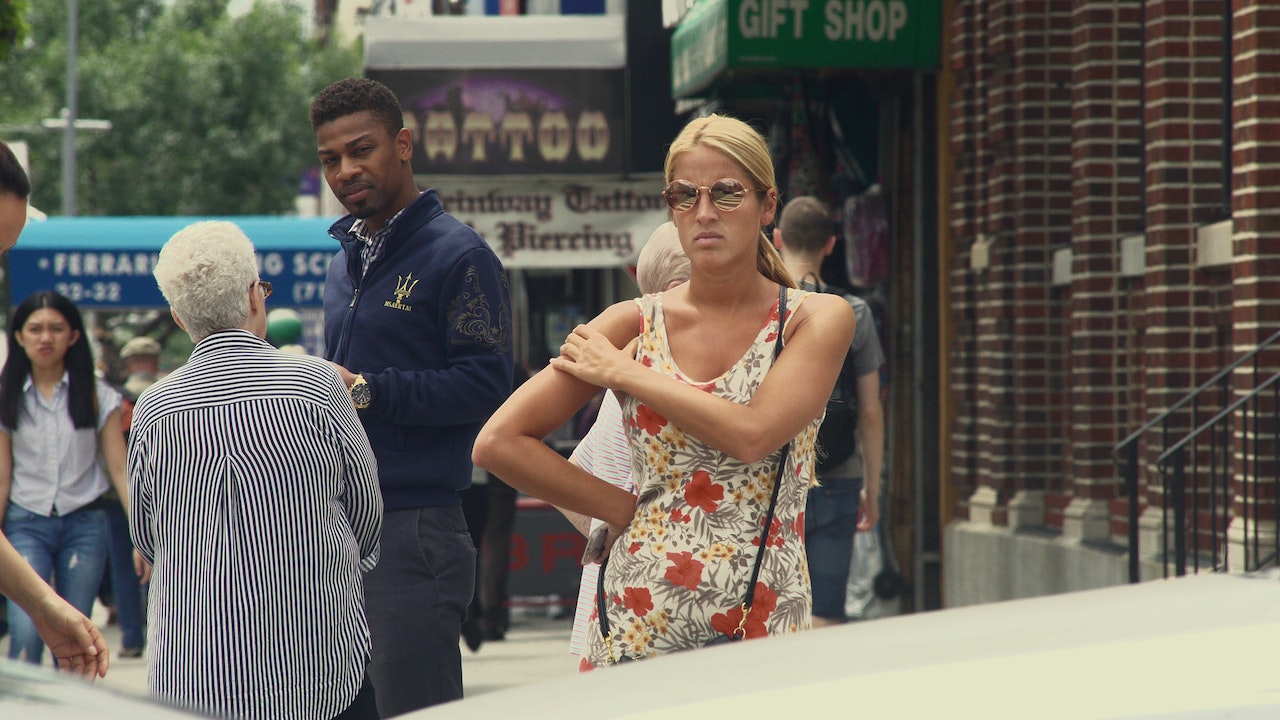