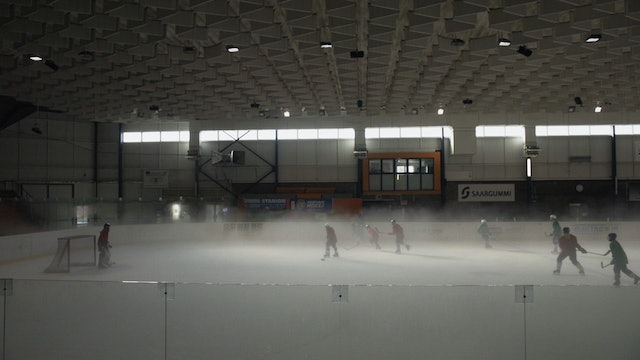 In the summer of 2017, young ice hockey players from the town of Náchod in East Bohemia set off on a long distance trip to Morocco, to participate in what was surely the most entertaining training camp they had ever experienced. The thing was, they did not just go there to play ice hockey. Perhaps even more importantly, they went to Morocco to get in touch with the local people and get immersed in their way of life.

A few months later, their visit was reciprocated by ice hockey players from the Moroccan town of Salé who went to the Czech Republic for the very same reason. This exchange trip fostered a lively dialogue between two different cultures, spiced up by many little surprises and doses of liberating humour.

"I assumed I would be shooting a comedy in the vein of Cool Runnings. However, when I got to the town of Salé in the North of the country, the cradle of Moroccan ice hockey association, I realised that some Moroccans did play ice hockey, and the town actually boasted a junior ice hockey squad. I also found that they had contacted the Czech ice hockey association but their overtures had so far been dismissed. In the midst of the raging immigration controversy, when most Czech people tended to view Muslims with suspicion and antagonism, while generally having scant knowledge of their culture, I began to cheer for the Moroccan ice hockey players." Rozálie Kohoutová