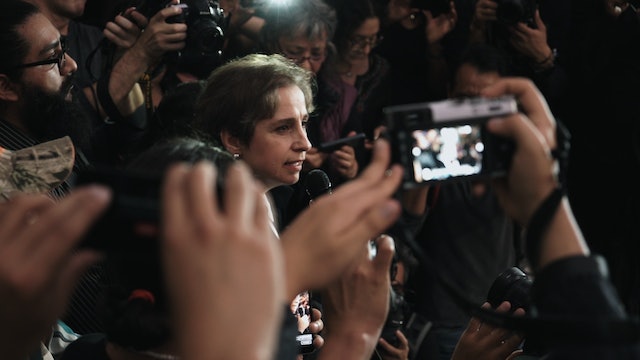 Incorruptible journalist and news anchor Carmen Aristegui is one of the few voices in Mexico with the courage to speak the truth, becoming one of  the most dangerous voices in the eyes of the government. Millions of people listen to her when she draws attention to maladministration and misinformation on the radio or television.

Following the unveiling of a corruption scandal involving the president, Carmen is fired from the radio station where she works, and 200,000 people take to the streets in protest, calling for her re-instatement. Refusing to be intimidated, Carmen assembles a team of investigative journalists and launches her own news platform, continuing the fight against an authoritarian and corrupt political system. In a climate undermined by threats and constant intimidation by drug traffickers, Carmen will not be silenced, whatever the personal cost.

"Carmen Aristegui, a leading journalist in Mexico, fights government corruption and the rise of fake news with astonishing resilience and courage. Shot over the course of four years, Juliana Fanjul’s intimate documentary portrait captures first-hand the dangers faced by those who dared to speak truth to power under the controversial presidency of Enrique Peña Nieto." - The Guardian

"This powerful portrait of an uncommonly courageous and tenacious woman makes it very clear what you get when the freedom of the press is crushed: no rule of law and a crumbling democracy." - IDFA 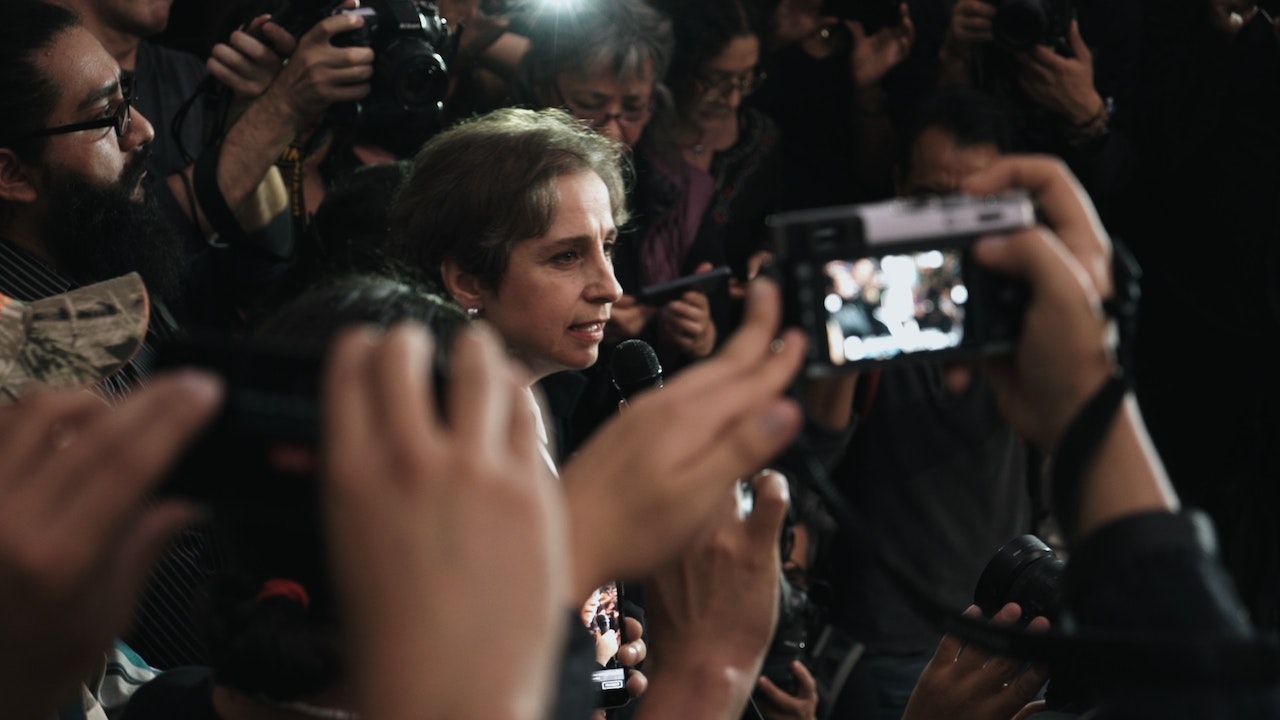