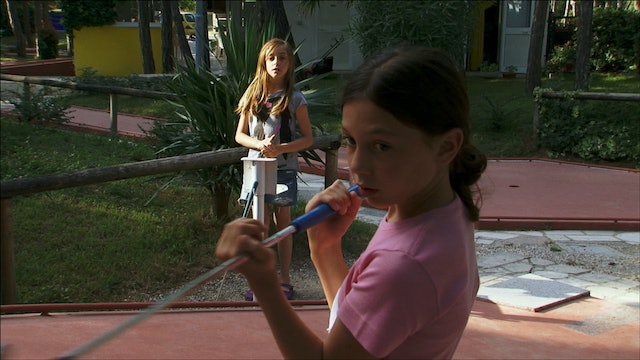 Rain on a window pane, a fire truck, a tomcat with innumerable offspring: it is an intentionally unintentional gaze that allows for chance encounters, for stories and memories – leads that Ruth Beckermann follows across Europe and the Mediterranean. Nigerian asylum seekers in Sicily, an Arab musician in Galilee, nationalists drunk on beer in Vienna, the Capitoline Wolf, and three veiled young women trying for minutes to cross a busy road in Alexandria. Threads, cloth and textiles pop up like book marks in a fabric of movement, of travelling or seeking refuge.

THOSE WHO GO THOSE WHO STAY is a story of being on the move, in the world and one’s own life.

"A number of the encounters occurred in the course of travels and film projects of the past 25 years. Such as the visit to the author and filmmaker Georg Stefan Troller in Paris, who lives the life of a flaneur very much in the vein of Walter Benjamin and who speaks of his idea of depicting, without discrimination, the lives of others" - Michael Omasta, Falter