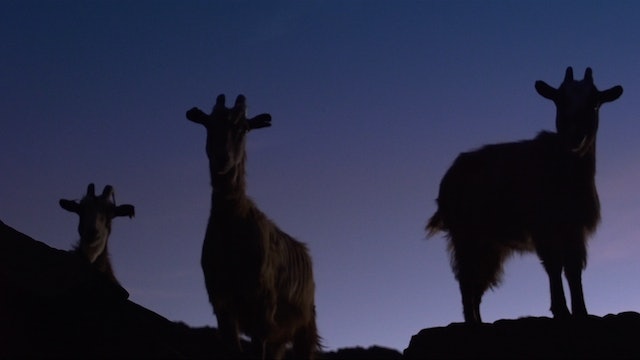 In the heart of a Corsican forest at night, a woman dreams of hunting. After killing, as she looks into the eyes of dead wild animals, she can see faces. Those of people who in real life are about to die. This is an ancestral gift that was passed on to her, and comes from the depth of the island. Even though today, no one seems to care about her visions anymore. Because she is a wild woman. A Mazzera... There is only this one shepherd who is still paying attention.