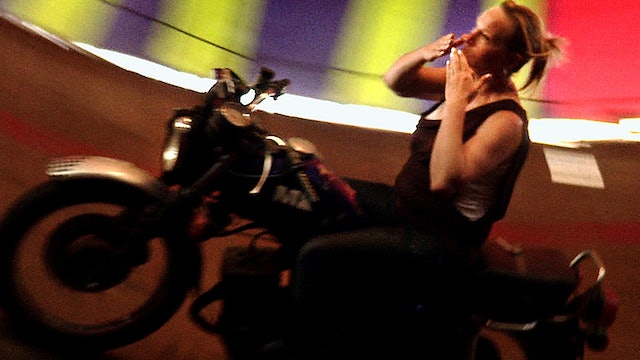 Wall of Death and All That

Brankica was the central attraction at country-fairs, when she was just 10 years old. Her big brothers were star acrobats on the wall of death, legends in former Yugoslavia, she was the princess on the wall. Now, her brothers are long gone, she is the only one left behind. A 43-year-old grandmother of six grandchildren, she is repeating the same old stunts on her motorcycle while riding on the sidewalls of the 6 meters wide wooden barrel. She lingers between her melancholic memories and the claustrophobic existence around the last remaining wall of death.

"I lived shortly in a small town when I was a kid, and I remember how everybody got incredibly excited when the country-fair came. I went along to see what is it all about, hoping to buy cheap toys and ride the big carousels; however on that one occasion the wall of death appeared towering the rest of the fair. It was pure luck, because it didn’t arrive every year. As I soon moved back to the big city, I saw the wall of death only once, but the thrilling and sickening experience stuck with me." Mladen Kovačević 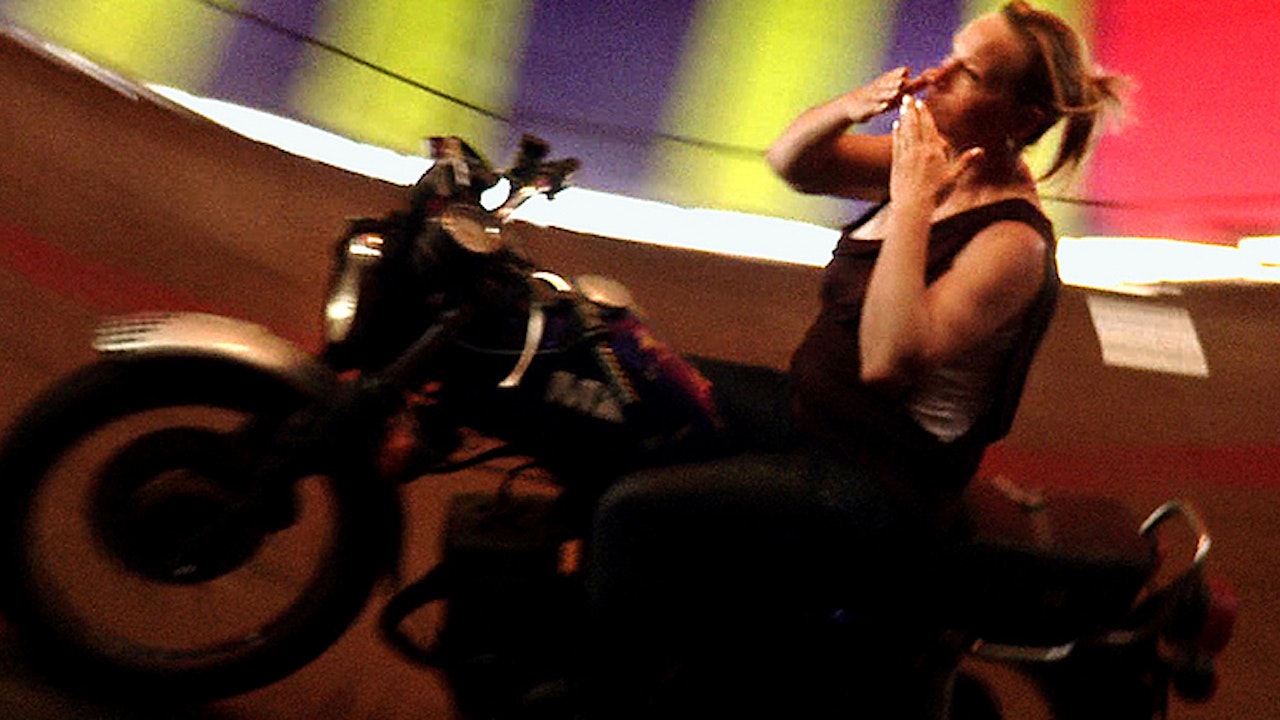