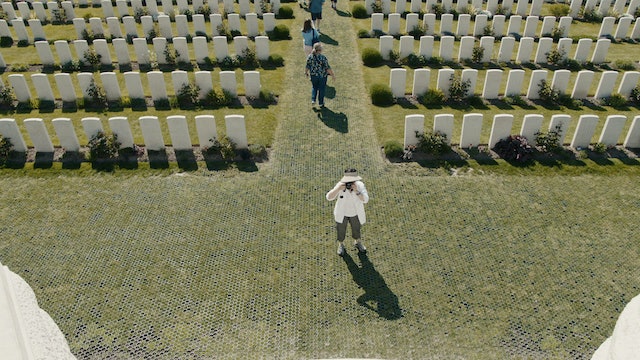 We Will Remember Them

Ever since 1919, daily life in Ypres, capital of Flanders Fields, has been dedicated to commemorating the First World War.

On her journey through this landscape of remembrance, filmmaker Annabel Verbeke, who grew up in Ypres, encounters the most diverse and sometimes contradictory ways of commemorating.

"As my childhood was pretty much saturated by the Great War, I did not think I would ever revisit the subject, but distance also created appreciation, an urge to make a film that would express the ambiguity between my respect for the rich history and current dynamics, and a critical view of the many mechanisms remembrance generates. A film that does not push its opinion on the viewer, but dares to pose almost improper questions only through its direct images and sound." Annabel Verbeke